by admin on January 8, 2014 in Extraordinary Human Beings • 10 Comments 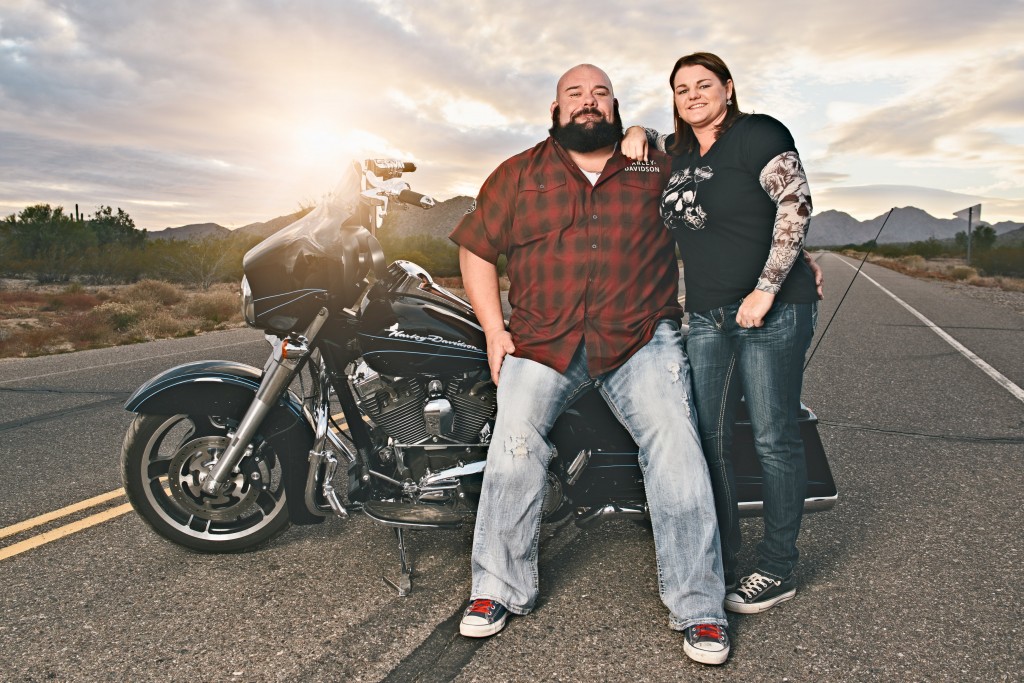 We are happy to continue our Extraordinary humans series. Here is Dallas, his wife Emily, and this is their story, in their own words.

Sitting in the football bleachers at my son’s football game, I was surrounded by family and friends there to support and love me. Many things had transpired over the past few months, and yet this had been my hardest day. As I glanced around me at this circle of friendship, trust, and love, tears came to my eyes as I saw Dallas standing on the football field to the side of all the players alone and withdrawn. I thought to myself,  “This is what he has chosen over our 15-year marriage.” Solitude, unhappiness, and all of the pains and struggles that come with addictions. This was the night that changed our paths forever, and a loving Heavenly Father heard the prayers of many people who loved Dallas.

Dallas and I had always had a great connection. We both knew when we met through writing letters that we loved each other and would one day be married. Upon his return home from being gone for 2 years, we were quickly engaged and soon married. We truly were great friends, and enjoyed each day together. Four young children joined our family, and life seemed to be a modern day “Malcolm in the Middle,” filled with many struggles and triumphs for our little family. I don’t remember at what point things began to change for the worse, yet it was a gradual and steady decline.

For all of those that knew us, they saw a very loving and affectionate couple, yet behind closed doors this was very different. We would argue about normal things such as finances, sex, and children. I was truly unhappy, yet I still loved Dallas deeply. I was enrolled in my BS in Psychology and many of Dallas’s behaviors became that of a person suffering from emotional duress, brought on from a traumatic childhood and lack of love he felt he received. His temper would escalate from zero to ten quickly, and he found many things to do outside the home. He is a business owner and would stay gone for longer periods of time daily, and come home short tempered on many nights. Now, I am no innocent person here, I would instigate and stand my ground sometimes in a non-loving or impatient manner, which only made things worse.  Starting in 2012 our marriage was really taking its toll.  Dallas began acting out by getting tattoos that covered his entire back, chest, and upper arms. He would stay gone with friends for longer periods of time. He would come home at times and reek of alcohol, yet deny when confronted. Yet I suffered in silence, and let no one see the real suffering going on inside. I soon found myself on anxiety and depression pills, and was in counseling along with Dallas. By mid year of 2012, Dallas was in and out of our home, as we decided being separated was best at times. He became violent at times, never with me, but would cause damage to our home. Dallas was quickly spiraling out of control, and all I could do is sit and watch because he did not want to confront his issues, but rather he felt it was easiest to push me away because of all the problems he felt he was having. He would push and push threatening divorce, and we would both say things we would regret and a few days later he would come home and we would put a band aid on the problem, because the real issue of addiction was not being addressed. Even at this time I did not understand the severity of his addictions, and all of the money he was using to support his unhealthy habits. I could clearly see that Dallas was doing all he could to push me away so he would not feel the pain of the hurt he was causing me. On October 10th of 2012 we had finally filed for divorce. One of the worst days of my life. It was very difficult to watch the most loving and affectionate person I knew and the love of my life self-destruct. I did not want a divorce, but Dallas thought this was best and thought he would feel less pain this way, when in actuality it sent him more into a destructive cycle.

According to The Nemours Foundation (2011),

“A person crosses the line between abuse and addiction when he or she is no longer trying the drug to have fun or get high, but has come to depend on it. His or her whole life centers around the need for the drug. An addicted person – whether it’s a physical or psychological addiction or both – no longer feels like there is a choice in taking a substance” (Addiction, para. 2. The Nemours Foundation. (2011). Dealing with Addiction.) 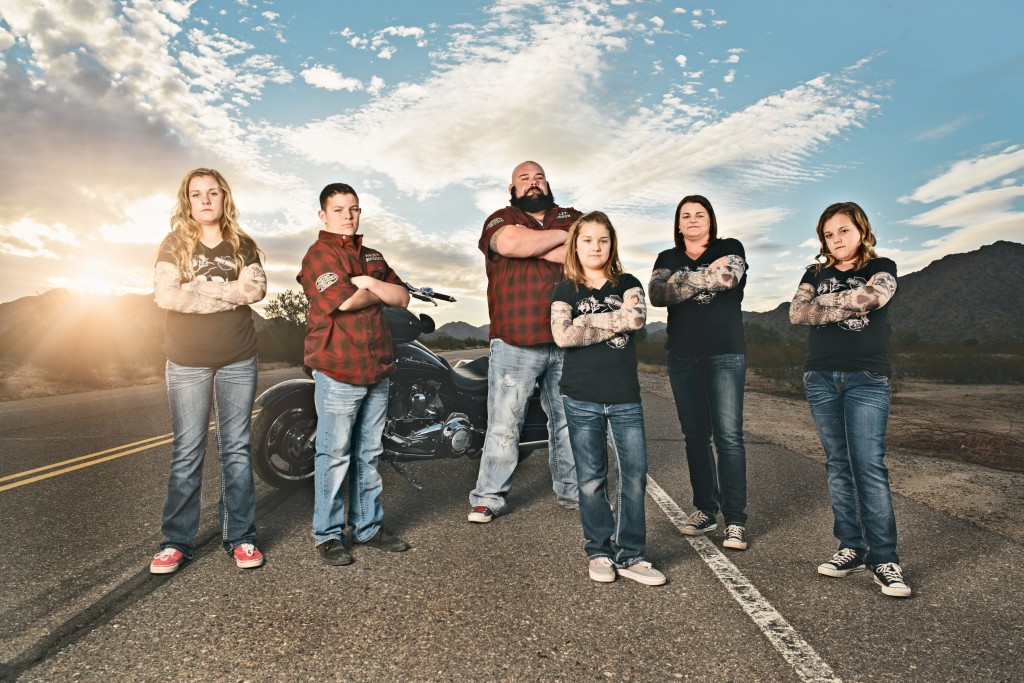 As Emily stated, our marriage started out great. Kids, house , 2 cars, and all the things I believe people dream of. I had a different past than Emily did, with both parents working that were never home. Not much love in the home, so I turned to alcohol and drugs in my teenage years. I went through that phase and fixed my life for a period of time. As life and marriage had its bumps and bruises, I found myself drinking alcohol again and hiding it. Maybe once a week, then as the years went on and the marriage seemed to get worse, I started drinking more and more to the point where I had to start my day with a drink. I have made a ton or poor choices in my life and the things I had done in my life started to creep up, and I hated the way they made me feel. The alcohol wasn’t enough to numb the pain I felt each and every day. I found myself using cocaine. At first it was just a trial and for fun. But days lead to weeks and weeks lead to months and before I knew it I was using everyday, all day. It had consumed my every moment of thought and actions. I had lied to myself that I could quit anytime I wanted to, but it was just so fun. No actually I couldn’t quit, I was so consumed with the drug that I went to all costs to get. I was financially ruining my business, which I built over 10 years. I was pushing my best friend, my wife away from my life. I walked away from my 4 beautiful kids, all because of a drug that had complete control of my life. I never wanted the divorce that was filed, but I didn’t know how to fix me, so getting rid of her and the kids seemed easier. I loved Emily with all my heart, but the pain I caused her,to me, was too much to be forgiven from, that walking away was the best choice. This drug had me on the ropes of death. I found that I no longer wanted to live and started using more and more each time, hoping that the end was close. I had lost my family, and for me there was nothing more left to live for, so it seemed. I had my final hurrah in October of 2012, after the divorce was filed I decided tonight was the night to leave this earth and overdosed on the drug, except a higher power seemed to have a different plan for me. I pulled out of the overdose, and have never touched the drug in 14 months. I was able to be forgiven by my beautiful wife and my awesome kids. I moved back home where I completely changed the way I do things and the times I’m gone. We canceled the divorce before it was approved. I can honestly say my marriage and my family have never been better in the almost 16 years we have been married. We have complete honesty and trust restored to our lives. This drug I was so dependent on almost took my life, my family, and my business away. I am grateful that I was able to survive that and that I was able to restore my family to being whole again. Addictions are real and should not be taken lightly. I was fortunate to quit without rehab, medicine, or doctors. My sheer will pulled me through, and I now know I am strong enough to conquer anything that is placed before me. We have a loving Heavenly Father that allows us to feel peaceful again, and for that reason our family is once again whole.

(If you or someone you know is suffering from an addiction, please seek professional help immediately.)

← Starting over; It’s tough, but you can do it.
Happiness →

10 comments for “Triumph Over Addictions”